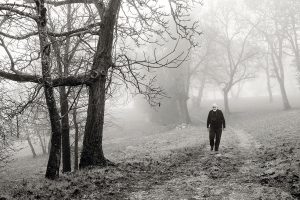 Jean-Dominique Dallet is a French photographer born in northern Africa who studied and worked in France and Denmark before setting up base between Spain, France and Morocco. Since then, he has specialized in Mediterranean countries, although his work has taken him as far afield as the Philippines, Macau, Malaysia,  Ethiopia, Botswana, South Africa, Egypt, Turkey, Syria,  and many others…

For some of J D Dallet’s clients, he clocks up around 100,000 miles a year as he travels in search of new images. His reliability and open nature won him the trust and sympathy of his subjects and the high appreciation  of the editors he’s worked with. Speaking eight languages, including Arabic, helps too.

He is the photographer for the project: “The Quest for Immortality in Ancient Egypt” of the US National Gallery. He is also the photographer of the coffee table books : «Egypte, un Art pour l´Eternité»  at Milan Presse, France • «Ancient Egypt and the Afterlife» at Scala Publishers, London • «Climate Change and Satellite», “Armagnac Spirit” for  Suds-Concepts, «Images of Andalusia» for the Andalusian  government, “United Arab Emirates” for ACR Publishers, “Sustainable Development in Africa” for IRD an Thales Alenia Space, and more than fifty others…

JD Dallet, twice winner of the Spanish Government Award for Travel Photography, was also selected along with some of the leading photographers in the world to shoot «A Day in the Life of Spain».

At your service his work is represented by top photo agencies including Age Fotostock • Stockimagesphoto • Superstock and ArabianEye. He also maintains his own photo library, and perhaps the most complete compendium of images about the Mediterranean countries.

Ready for your new assignment, wherever you require.